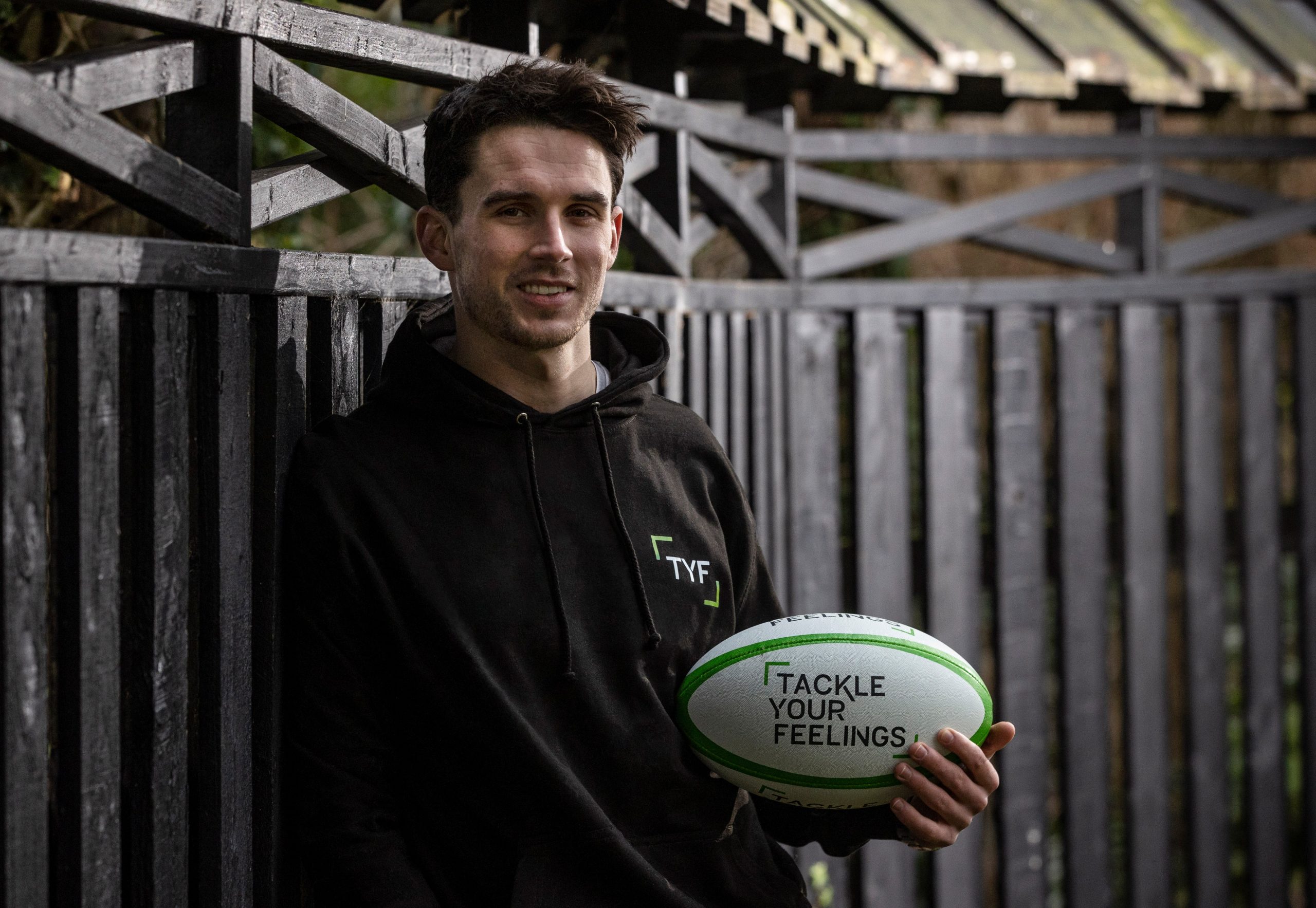 Today, Rugby Players Ireland are delighted to announce Ireland international and Munster rugby player, Joey Carbery, as the newest ambassador for Tackle Your Feelings, supported by Zurich and the Z Zurich Foundation. Joey, an official ambassador with Aware, comes on board today and releases a new video in which he discusses the long road to recovery after an ankle injury and how countless setbacks impacted his mental wellbeing. By speaking up, turning to his support network and taking control of his own mental wellbeing, Joey hopes to encourage others to take a proactive approach to looking after their mental health, whether it’s on or off the pitch.

Tackle Your Feelings (TYF) was launched by Rugby Players Ireland and Zurich in 2016 and is funded by the Z Zurich Foundation. Since its launch, TYF has impacted the lives of people all over the world, with campaign content being viewed in excess of 23 million times. As part of the Tackle Your Feelings campaign, Rugby Players Ireland are joined by Joey Carbery to support the #ImTakingControl campaign which provides people with the tools to ‘Take Control’ of their mental wellbeing using sport psychology and positive psychology principles.

The new Tackle Your Feelings video, by award-winning Irish animation studio, Kavaleer Productions, looks at the impact Joey’s injury and other setbacks had on his mental wellbeing and how he struggled, initially, to reach out to those closest to him, be it teammates, family or friends. However, Joey reveals that it was only by taking that proactive step, speaking to those around him to tell them how he was feeling, that he began to see progress and improvements in his own wellbeing. He also emphasises the important of patience when learning to look after and improve your mental health.

Speaking about the #ImTakingControl campaign, Ireland and Munster Rugby Player and newest Tackle Your Feelings ambassador, Joey Carbery, said: “I’m really honoured and excited to be taking part in the Tackle Your Feelings campaign. I have seen the hugely positive impact TYF and my fellow ambassadors have had on the conversation and subsequent actions around mental wellbeing. Not only at a professional rugby level, but at club, university, and schools too, as well as in different sports and in different countries. I look forward to being a greater support to those around me, on and off the pitch, with the help of Tackle Your Feelings, and hope I can use my experiences as proof that reaching out, turning to those you trust, no matter how bad it may seem, things will improve.”

Through the TYF app and website, users can access the tools they need at the right time for them, with featured sections that can help them identify their own Social Support, Positive Relationships and work on their Confidence and Optimism. Other sections include Happiness/Sadness, Sleep, Self-Care, Resilience, Anger, Relaxations, and Self-Awareness. The app’s mindfulness section allows users to choose from a selection of mindfulness exercises to help them identify and proactively manage their feelings.

Anthony Brennan, CEO of Zurich Ireland said: “Many people experience feelings of anxiety and uncertainty at different points and for different reasons in their life. We believe the resilience and determination shown within Joey’s story will help people to understand the benefits of speaking out when it comes to maintaining a positive mental wellbeing, especially during periods of isolation and loneliness. The Tackle Your Feelings app gives individuals the resources to help themselves and tools to proactively work on their mental wellbeing.”

Tackle Your Feelings Campaign Manager at RPI, Hannah McCormack, said: “We are delighted to have Joey Carbery as our newest ambassador for the #ImTakingControl campaign. Joey understands, and has experienced first-hand, the ups and downs of professional rugby, which can mirror the ups and down of every-day life. His story offers those going through setbacks the hope and belief that, by having support around you, challenges can be recognised and tackled collectively. We believe Joey’s experiences will also inspire those trying to support someone feeing low or anxious, to understand the best ways they can be a source of strength for their teammate, friend or family member.

Tackle Your Feelings is an innovative and unique approach to breaking down stigma around emotional wellbeing. Built on a foundation of diversity and inclusion, the campaign encompasses the whole island of Ireland and features some of Ireland’s most loved rugby players leading from the front, including most recently, Ciara Griffin, James Lowe, Jack Carty and John Cooney who have opened up about their own mental wellbeing challenges and the strategies they used to overcome them, so that the people of Ireland can follow their lead.

TYF has motivated people to be more proactive when it comes to looking after their mental wellbeing and has increased awareness around the importance of taking care of your mental health. TYF has also reached international audiences and has inspired similar campaigns across the globe, including; The English Rugby Players’ Association (RPA), ‘Lift the Weight’ campaign, New Zealand Rugby’s ‘HeadFirst’ campaign and Tackle Your Feelings Australia, a collaboration between Zurich Australia, the AFLPA and AFLCA.