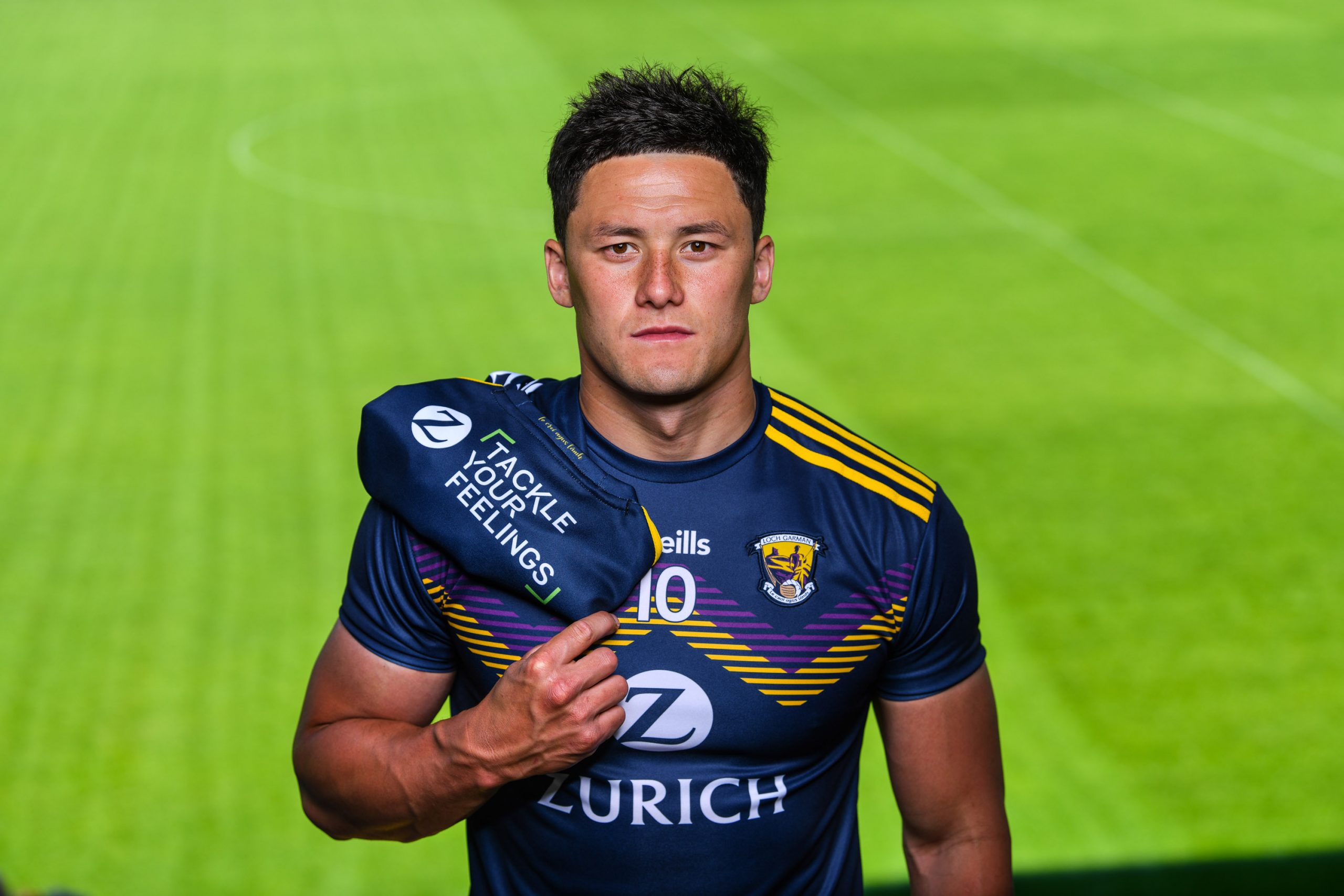 Wexford GAA today unveiled its new away jersey, in association with headline sponsor Zurich Insurance and featuring, for the first time, its new partner Tackle Your Feelings (TYF), a positive mental health and wellbeing campaign. The new jersey, designed and manufactured in collaboration with O’Neills, will carry both the Zurich Insurance logo on the front of the jersey, and the Tackle Your Feelings (TYF) logo on its back. The jersey will be worn by the men’s teams in football and hurling, at men’s senior and U20 levels, and features a rich, sleek navy and golden design which pays homage to the “W” in Wexford. The jersey will go on general sale from the end of June and will be available at www.oneills.com and Wexford GAA’s Official Retail Partner, Hore’s Stores. It’s first outing will be against Antrim in the Allianz Hurling League Division 1B game, due to be shown on TG4 from Corrigan Park on Saturday 5th June.

It will be first the GAA jersey to showcase a partnership with the TYF positive mental health and wellbeing initiative. The TYF campaign which is funded by the Z Zurich Foundation in partnership with Zurich Ireland is run by Rugby Players Ireland. The TYF campaign also operates in the Australian Football League supporting players and coaches and associated community partners. It aims to reduce the stigma around mental health and provide people with the tools and resources to be more proactive in looking after their emotional wellbeing. The TYF partnership with Wexford GAA is the first step in a wider plan that will involve expansion of the initiative into the high-performing sports community in Ireland. The partnership with TYF will also see the Wexford ladies and men’s teams participate in wellbeing workshops and gain access to TYF’s elite athlete section within its mobile app.

Commenting on the launch of the new away jersey, Chairman of the Wexford GAA, Michéal Martin said: ” Wexford’s loyal supporters have been instrumental over the years as our “16th man” and we, in Wexford GAA, are sincerely indebted for this support as we look forward to the season ahead in the hope that they will once again be present to support our team. We are hugely appreciative for the ongoing support of our title sponsor Zurich with whom we have created an excellent partnership. The commencement of the Tackle Your Feelings programme creates a perfect synergy with our strategic aim to focus on the holistic development of our players.”

Anthony Brennan, CEO of Zurich Ireland, commented: “As a proud supporter of grassroots sports and a long-standing member of the Wexford community, we have great pride in the strength of the relationship that we have built with the Wexford GAA community since establishing our partnership in 2019. We’re also thrilled to build a new dimension to our strong relationship by facilitating a hugely exciting partnership between Wexford GAA and Tackle Your Feelings, which will hopefully inspire and enable more people to take proactive steps in looking after their mental wellbeing on a daily basis.”

Hannah McCormack, Campaign Manager for Tackle Your Feelings, said: “We’re excited to work with Wexford GAA who understand and appreciate the power of spreading the message of positive mental wellbeing among their players and to the wider community. The mental health and wellbeing of many has been impacted by the pandemic and it has never been more important for people to take control of their emotions. Having our logo on the Wexford away jersey will raise awareness of the Tackle Your Feelings campaign and encourage people to become part of our community. The TYF app is free to download and is packed with tools and exercises to help manage your mental wellbeing while Wexford GAA fans can also become part of our online community by following TYF on Instagram, where we are sharing motivational stories along with tips and exclusive competitions.”