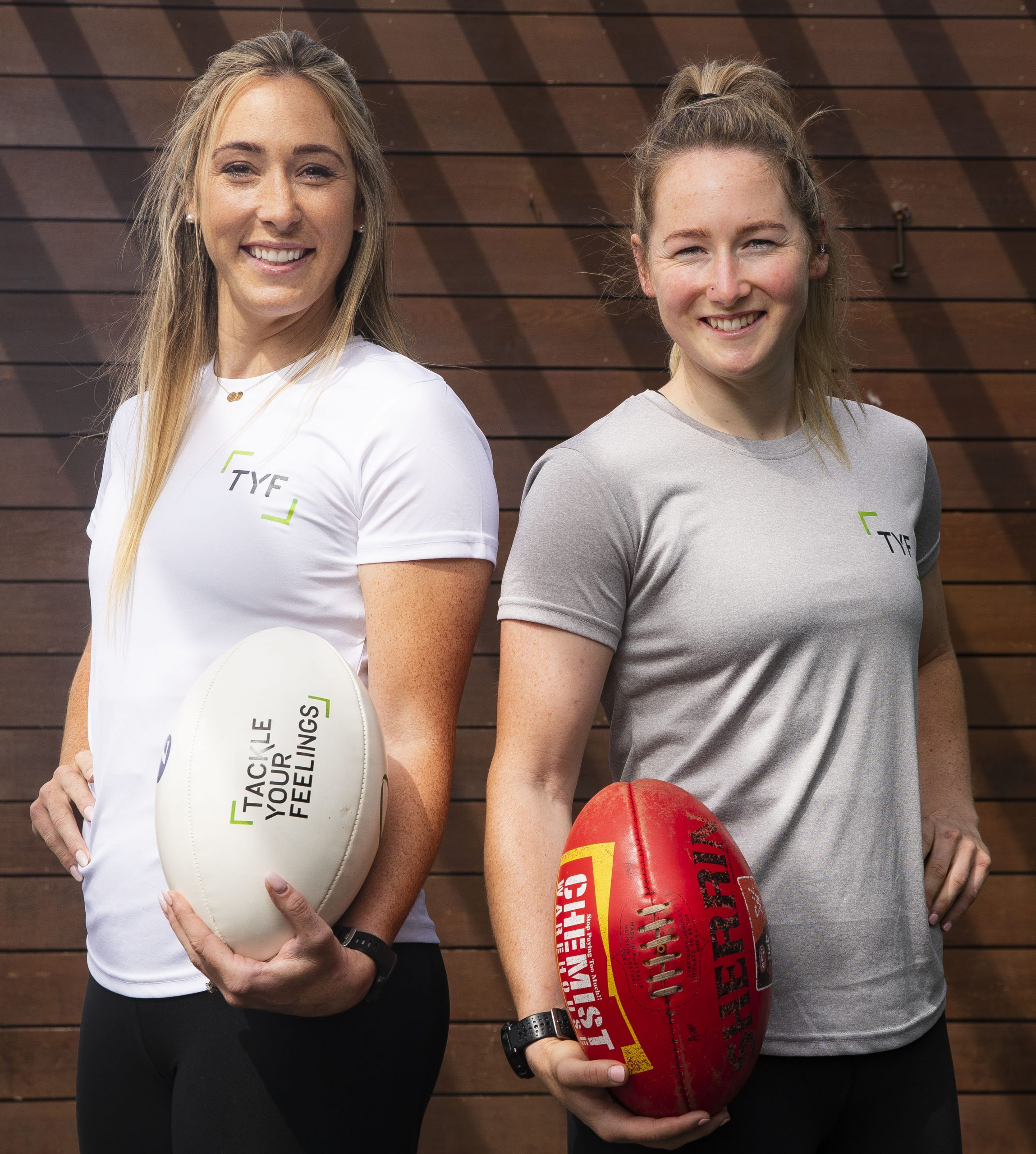 Rugby Players Ireland has released two brand new videos with Eimear and Ailish Considine for the Tackle Your Feelings Schools Campaign, supported by Zurich and the Z Zurich Foundation. Ailish, an AFLW player for Adelaide Crows and the newest Tackle Your Feelings ambassador, joins her sister, current Ireland rugby international and TYF ambassador, Eimear, in two new videos to discuss the advice they wish they could give their younger selves, the importance of being kind to yourself in the age of social media and what they have learned from each other.

The Tackle Your Feelings Schools Programme is a classroom based, teacher led, life skills development programme which enables students to build healthy habits and personal coping strategies as well as kindness and understanding when it comes to mental health and wellbeing. The content for the app-based programme, is developed using positive and sport psychology principles and is supported with comprehensive lesson plans for teachers, whilst students can easily access the content whilst in school or at home. The 2021/22 programme includes an 8-lesson schedule, covering awareness, emotions, wellbeing characteristics and self-care.

Tackle Your Feelings (TYF) was launched by Rugby Players Ireland and Zurich in 2016 and is funded by the Z Zurich Foundation. Since its launch, TYF has impacted the lives of people all over the world, with campaign content being viewed in excess of 23 million times.  In these two new videos, Ailish reveals how when they were growing up and during their time at school, she felt intimidated by Eimear’s athletic ability and how this negatively impacted her confidence both on and off the pitch. Eimear and Ailish also discuss how Ailish’ ability to pick herself up after a setback is what made her the successful athlete and person she is today.

Adelaide Crows player and the newest TYF ambassador, Ailish Considine, said: “I’m delighted to be joining an incredible list of ambassadors for the Tackle Your Feelings campaign, that has had such a positive impact for the people of Ireland and for athletes, in particular. One thing I have learned over the years is the importance of speaking to others about what you’re going through, particularly when it comes to your mental wellbeing. Eimear has always been a fantastic support to me in this regard and I hope these videos can serve as a reminder to others that your friends and family are always there to reach out to.”

Anthony Brennan, CEO of Zurich Ireland said: “While we may be aware that mental wellbeing struggles are common, it is great to hear Eimear and Ailish speak so openly about their experiences and relationship growing up. As two incredible athletes, they have demonstrated fantastic strength and determination to get to where they are now, but it is important to see that this was not without its struggles. Our hope is that the Tackle Your Feelings app gives individuals the resources to help themselves proactively work on their mental wellbeing.”

Tackle Your Feelings Campaign Manager at RPI, Hannah McCormack, said: “We are delighted to have two fantastic ambassadors and athletes, in Eimear and Ailish, on board with us for Tackle Your Feelings. Eimear and Ailish are a perfect example of the support that family and friends can offer us when it comes to our mental wellbeing. Although, as mentioned in their videos, they are two very different individuals, these differences have helped them learn from one another. It is great to see the strength and resilience they have gained from their relationship, and we hope it can act as inspiration for others to share their experiences with their own family and friends.”

TYF is an innovative and unique approach to breaking down stigma around emotional wellbeing. Built on a foundation of diversity and inclusion, the campaign encompasses the whole island of Ireland and features some of Ireland’s most loved rugby players leading from the front, including most recently, Joey Carbery, Ciara Griffin, James Lowe, Jack Carty and John Cooney who have opened up about their own mental wellbeing challenges and the strategies they used to overcome them, so that the people of Ireland can follow their lead.

TYF has motivated people to be more proactive when it comes to looking after their mental wellbeing and has increased awareness around the importance of taking care of your mental health. TYF has also reached international audiences and has inspired similar campaigns across the globe, including; The English Rugby Players’ Association (RPA), ‘Lift the Weight’ campaign, New Zealand Rugby’s ‘HeadFirst’ campaign and Tackle Your Feelings Australia, a collaboration between Zurich Australia, the AFLPA and AFLCA.