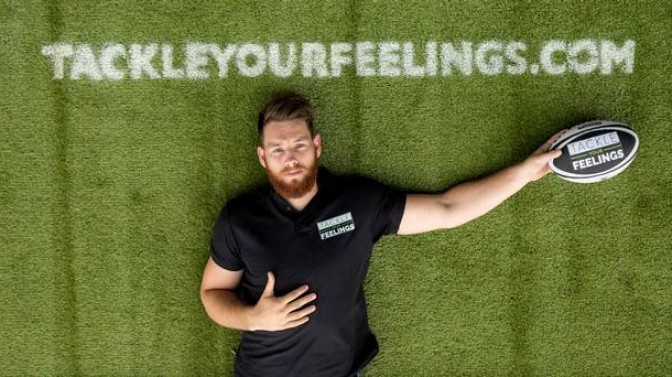 TACKLE YOUR FEELINGS IN CONNACHT

TACKLE YOUR FEELINGS IN CONNACHT

“People come down to the Sportsground and look at our bench. It’s filled with a management team that stretches the length of the dugout and beyond. They ask what role each person fulfills. I agree with them in saying that if I was just coaching a rugby team, you wouldn’t need all those people. In fact all you’d require is the Head Coach and a couple of assistants. But, you see, it’s not just about the rugby…”

When Pat Lam first toyed with the idea of donning a tracksuit and dishing out instruction, he approached Ian McGeechan his coach at Northampton, for some advice. The British and Irish Lions legend posed a simple question to his captain: “Pat, why do you want to coach?”

In September, the former Samoan international spoke at the Connacht Rugby Public Discussion in the G Hotel, as part of IRUPA’s Tackle Your Feelings campaign, in partnership with Zurich. The product of several years of research, IRUPA and Zurich’s initiative has given professional players the platform to engage and address their mental well-being.

Lam would have been particularly impressed by the maturity of one of his own charges as he articulated the difficulties he faced as a youngster growing up in New Zealand. Jake Heenan spoke candidly about his losing his way as a teenager including bouts anti-social behaviour that ultimately led to him being kicked out of his home.

While rugby offered the former captain of U20 All-Black side a pathway out of trouble, Lam presented the 24 year-old with an opportunity to leave his past behind and join an intriguing project in the west of Ireland. Having joined in May 2013, Heenan can now set his sights on wearing the green of his adopted home on the international stage having qualified earlier this year.

Heenan was joined on the panel by Dr. Eddie Murphy of RTE’s Operation Transformation, Connacht’s most capped player, Michael Swift and Cathal Sheridan, the former Munster scrum half who has struggled with injury throughout his career.

“I try to ensure that any of my teams have all the tools required to survive and thrive both on the field of play and off it,” Lam continues. “Often, it is family that equips you with those tools and the best families are created by the best environments. I have tried to create something similar at Connacht. Many would agree that our team spirit is our biggest strength.”

In an effort to help foster that familial mentality, Lam has sought to have his players engage on a more wholesome level. While they think little of sweating blood for each other on match days, the tendency is for players to resile in their own bubble once the day’s work is complete. Lam has therefore reintroduced an old Connacht tradition whereby a player offers their own personal story to the group. In late September, it was the turn of Jake Heenan.

Heenan’s story in particular will resonate with many young people throughout the country. Although he never suffered from any mental health condition, the player acknowledged his difficulties and demonstrated tremendous courage in coming forward from a world that espouses the macho ideal of mental and physical toughness.

“The main feeling I had through this was fear, fear of the unknown and anger, which was a direct result of being afraid. I think it’s important that everyone recognises that we all have our own problems and issues,” Heenan says.

It would appear then that, alongside the work of IRUPA, Pat Lam is helping people to realise their true potential. “I see young people enter the game as rugby players,” Lam begins. “But I see them exit as better people. That’s the reason why I want to coach.”