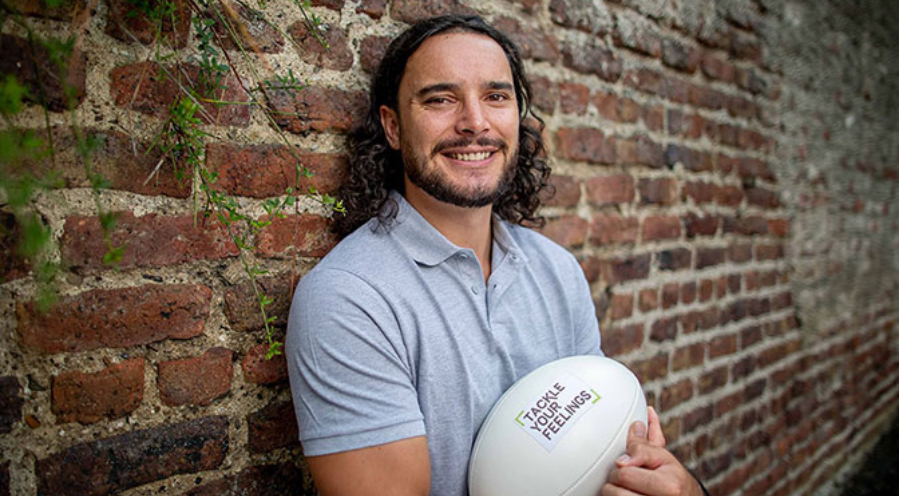 PUTTING IT ALL INTO PERSPECTIVE

PUTTING IT ALL INTO PERSPECTIVE

James Lowe’s love of life and rugby is well grounded.

Watching next generation All Blacks play in the highest domestic competition in New Zealand should ordinarily whet the appetite for any rugby fan. But while the game is the predominant religion in the country, it seems the Kiwis don’t always flock to their church.

Speaking to a New Zealander during a Mitre 10 Cup game, the small attendances are referenced. “We love our rugby” he says, “but we make the most of our time off by walking up in the mountains, jumping out of planes, sailing and doing stuff!”

This underlined something we already knew – the New Zealanders love of the outdoors and a zest for life. James Lowe suffers from the same affliction. His is particularly acute – and with good reason.

Diagnosed with juvenile rheumatoid arthritis as a teenager, the Leinster winger’s youthful exuberance came under threat. From hours of rugby practice after school to being bedridden for months at a time, life became very confusing.

“I was very, very active as a kid and the one thing I was really good at was sport. Sport was good for me. It kept me out of trouble and that kept my parents happy.

“The arthritis happened so quickly that my dad reckoned I was joking,” Lowe recalls. “He thought I was over sport and tried to scare me out of that mindset by threatening me with moving schools and stuff!

“To be honest, I was kind of happy that I could stay at home and play the PlayStation all day, things like that. But looking back now, I can remember nights sitting by the fire because the warmth would help me to move. I remember being carried to the toilet, showered, bathed. It was a weird stage of life.

“When the diagnosis finally came, I went through a pretty tough patch. It was something that presented me with a real physical and mental challenge. It took almost two years before medication began to fix it.

“Coming through that I realised how lucky I was to be able to play rugby. To be able to get through it, develop resilience and stay true to myself. Man, I’m pretty lucky to be here now.”

Speaking as an Ambassador for the second phase of Tackle Your Feelings which is run by Rugby Players Ireland in partnership with Zurich, Lowe’s approach to life embodies the new direction of the campaign.

“Every dark cloud has a silver lining is something that has always resonated with me,” the former Chiefs winger states. “Could be a lot worse, could always be better. Bad things happen to good people all the time. It’s about learning from those and understanding you’re not the only one. Understanding you’ve got friends that will sit there and listen.

“Especially as a male, you probably don’t talk, and you think your feelings are just for you. But don’t let things bottle up. It’s easier to get them off your chest early instead of watching them explode later on.”

Throughout his health problems, Lowe’s support network was an undoubtedly important resource. However, in moving to Dublin in 2017 he opted to leave his safety net behind. It was a brave move, but his adventurous nature was not be dimmed.

“I had the opportunity at 25 to move to the other side of the world and play rugby. You tell me that when I was 14 years old, I’d tell you to… You know!

“My parents took a while to come around to the idea [of the move], but when they visited last year, they saw that my girlfriend and I were settled and happy,” Lowe adds. “It’s just the two of us over this side. We’re relatively young but I think we’re quite mature with how we deal with things. Anyways, with technology these days, I can to talk to friends and family quite easily if I need to lean on them.

“Yeh, it was tough to leave home but I was coming to one of the most exciting cities in the world. All my friends went to Uni, moved out of home, had their fun and learned a lot about themselves while I was still chasing this rugby dream. And now, I mean, I’m in Dublin and they’re planning on coming to see me play!”

While moving to the other side of the world would have presented its own practical challenges, playing for one of the biggest club sides in the world also brought pressure and responsibility. Most people were excited at the thought of seeing one of New Zealand’s brightest prospects on these shores, but some couldn’t wait to knock him down.

“When I was red carded down at Munster, it wasn’t ideal,” Lowe admits. “People come after you and try to pick at anything they can. Anything they see. Anything they smell. But I don’t lose sleep over it anymore. It was weighing me down, so I cut the rope.

“It’s all part and parcel of being a rugby player,” Lowe adds. “It’s actually a very privileged position to be in. To have people talk and write about you, good or bad, it shows the kind of impact that you have. I’ve learned walk towards it instead of hanging back.

“We’re a professional rugby team that gets judged by our 80-minute performance on a Saturday, but there are so many parts that you have to try and navigate to make sure that you can perform. Whether it’s getting your body right, form, family or the stresses of life – you have to try and make sure that you put yourself in the best position so that come Saturday all you’re thinking about is playing rugby. The thing that you’re here to do.”

Lowe’s sunny disposition lends itself nicely to the rugby field. Love him or loath him, his infectious energy puts bums on seats but doesn’t allow them to get too comfortable there.

“Since I’ve been here, Leinster have won three out of four trophies. It has been an awesome time. But days like that red card or the Champions Cup Final in Newcastle serve as reminders that it isn’t going to last forever.

“You might smash someone one day and then next week you get smashed. It’s understanding and making sure you don’t get smashed too much and that when you smash someone that you don’t celebrate too hard either. Everyone has their sunny day, that’s how I see things.

“Perspective is this awesome thing. When you get up early for training, you might be tired and sore. But you just think ‘holy crap! It’s all pretty good you know!”