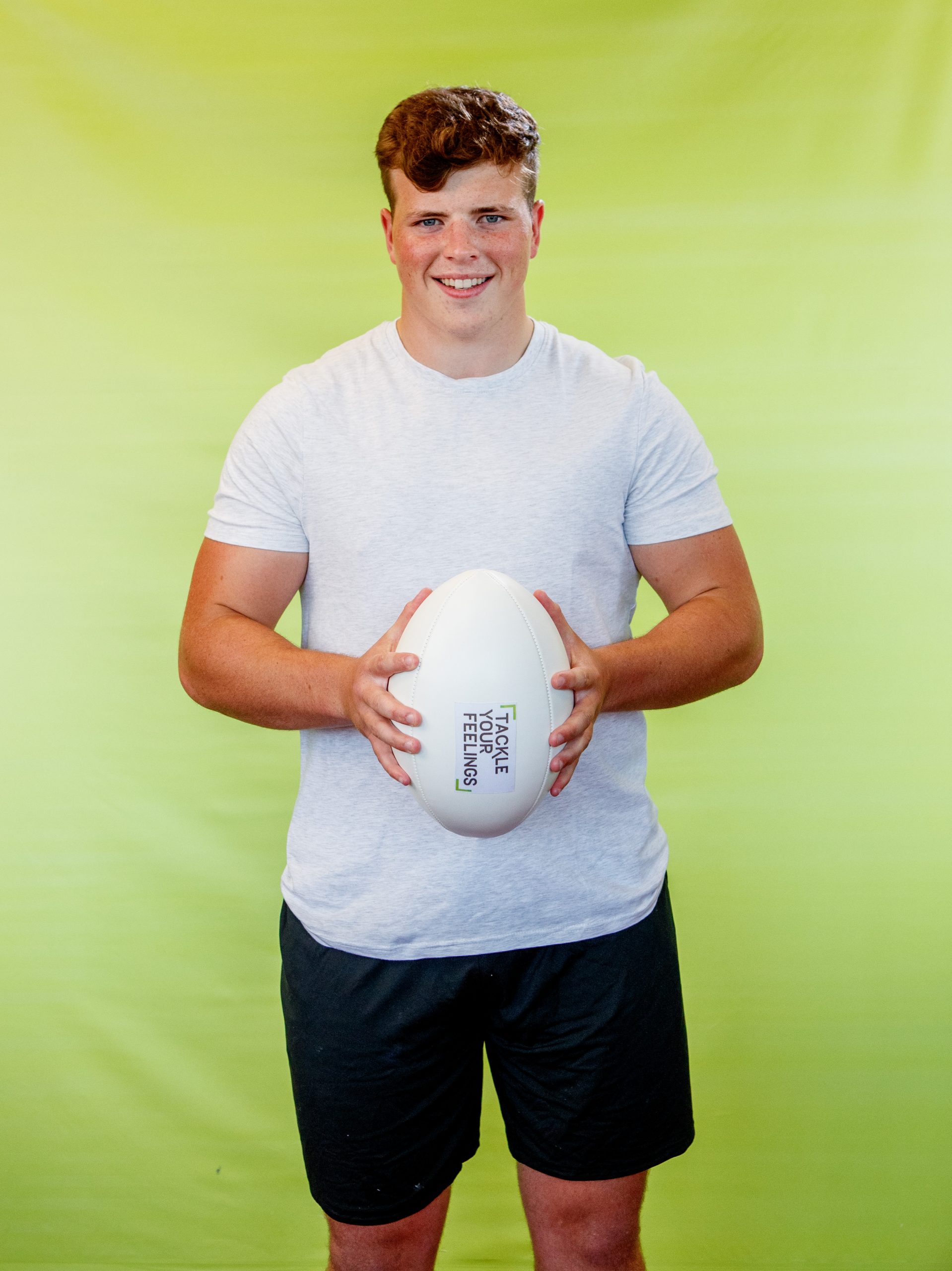 PUTTING HIS HAND UP

PUTTING HIS HAND UP

It’s a long time since we all gathered to watch a rugby game. Pints spilling as roars send spit flying and every ball is kicked at your back. What you probably wouldn’t give to experience that again. Not long now.

Over recent years, the language of sport is often that of a business but the last year has shown that sport has missed its passionate supporters as much as they have missed their sport.

It was only a few short years ago that a young Josh Wycherley would have accompanied his parents to a match in Limerick. Mesmerised by the raucous atmosphere, he went home to dream about one day playing in the famous ground.

Wycherley realised a lifetime ambition when he made his Munster Rugby debut at an empty Thomond Park last October. Joining Fineen on the pitch, the Wycherley brothers could only imagine how their parents felt at home.

“I saw my family the following weekend and they were delighted for me,” Josh says. “But not being able to enjoy it with them on the night was definitely disappointing. They’ve played such a huge role in my career and have given me every opportunity that I’d have loved to have had them there.

“Thankfully Fineen was in the squad that night so I was able to share it with him. We’re pretty close. We live together so we’ve no choice but to get on! He went through the same pathway I’ve been on so it’s been good to have his experience to lean on.”

Wycherley has been one of several new faces introduced into the Munster Rugby fold this year. With the Thomond roar sadly lacking, it has been clear that Johann van Graan has been drawing energy from his youthful reinforcements.

“I think the way the academy has been involved with the senior group has definitely helped,” Wycherley believes. “I’m not sure it was part of the plan to give so many lads a run this season but training with the senior lads challenges the younger fellas to push on.

“Training with those players everyday can only improve you and it has also meant that when there has been an opening, they’re well up to the challenge. A lot of guys put their hand up this season. It bodes well for the future.”

A key member of Ireland’s U20 Grand Slam winning side in 2019, Wycherley further cemented his burgeoning reputation when he dismantled Clermont’s Rabah Slimani on what was his first European game for his home province. A young career that has already been packed with memorable moments.

“No matter what, above all playing for Munster in itself has been the highlight for me,” the former Cistercian College Roscrea student declares. “A goal of mine was to get capped this season. To get it fairly early on and then push on to play in Europe, a special win at Clermont… you couldn’t ask for more really.

“Yeah, it would have been great to do all these things this season in front of fans and enjoy it with family and friends but I still felt their support. I didn’t allow myself to be disappointed. You can only take control of what you can.”

Thanks to social media, many friends old and new, far and wide were able to reach out to Wycherley and congratulate him on several significant milestones that have taken place far from the maddening crowds. They might not have been the same as a pat on the back around Thomond but the messages have undoubtedly helped him to reflect on his achievements.

“It’s always nice to read good things about yourself but you can’t read into it too much either,” Wycherley says. “Where there are good comments, there are bad comments waiting to be found. That’s the stuff that tends to stick.

“Growing up in a social media world, we’re well used to how it works. We’ve also had a lot of webinars and different people talk to us about the highs and lows of it. We’re well aware of the potential dangers that are there but there’s also plenty of positivity too. Social Media can be a great asset but you have to take everything with a pinch of salt.

“Thankfully I haven’t had much negativity to deal with over my career but either way I try to avoid social media before and after games.”

Wycherley, who has acted as a champion for the Tackle Your Feelings (TYF) campaign for the past year, is further informed on the advantages of social media through his Marketing and Management studies at LIT.

“I was delighted to help out in any way that I could with TYF. You can see how powerful social media can be so to use them in a positive way for TYF was a no-brainer for me. It’s a good public message but as a player I also find it very interesting to see other players’ perspectives on things. I can relate to a lot of the advice on the app.

“How we can use different platforms is also a crucial element of what I’m studying. The digital world is so powerful now that even with the lockdown, many sectors have been able to keep going.

“For example, from a rugby player’s perspective I’ve been getting more from my college work. With everything going online, I can engage in more coursework because all students are in the same boat.

“It’s been great to inform my studies with various bits that come out in a lecture, bits that wouldn’t appear in the notes I’m used to working off. As a result, I don’t feel like I’m doing my work just to tick boxes or meet deadlines.

“I think people have acknowledged that the past year has been beyond our control. It has obviously been a difficult time but there are plenty of positive things to come out of lockdown too if you look hard enough. It’ll fall back into place. Things will reopen, the fans will come back and there’ll be some craic again. I can’t wait.”