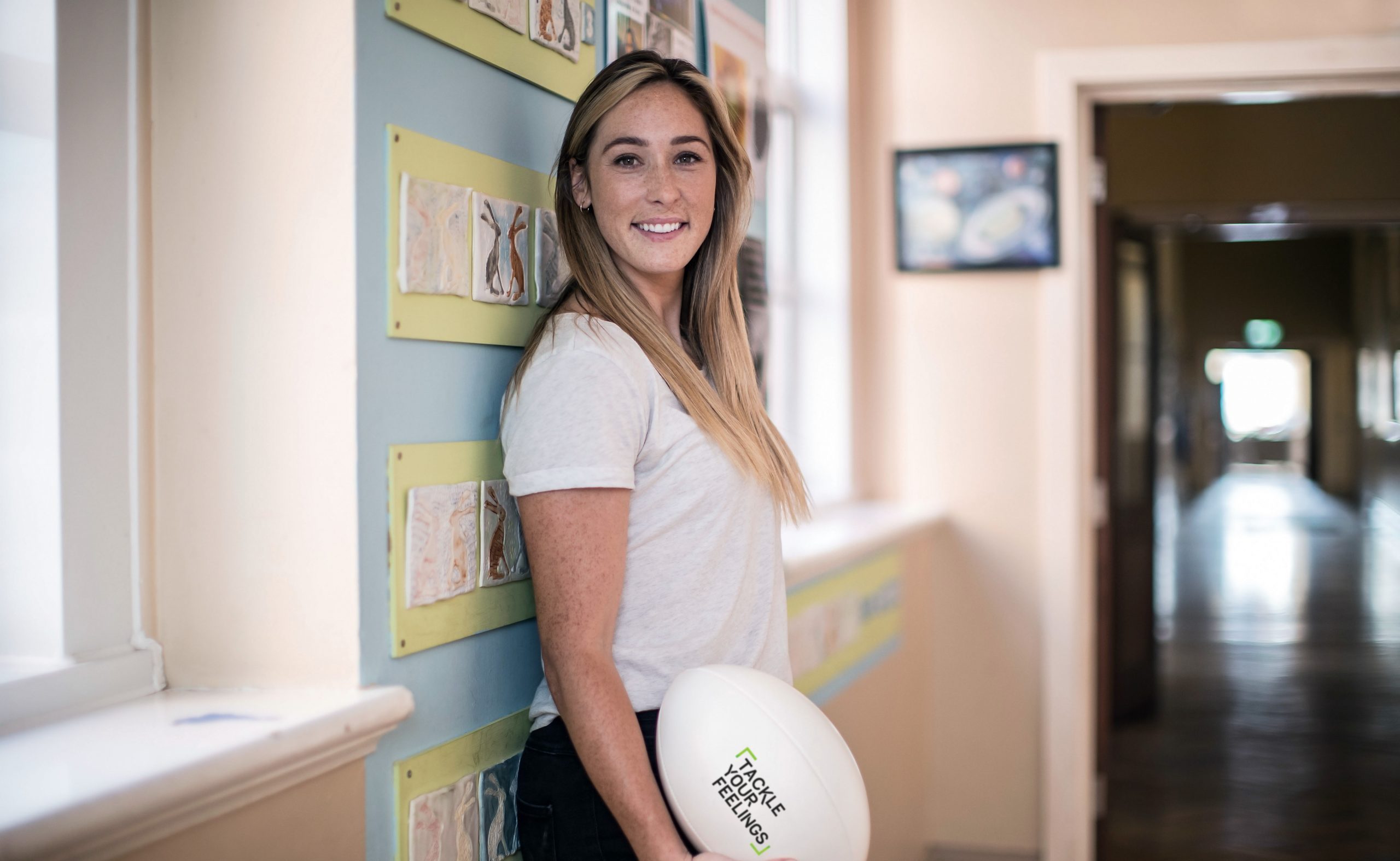 On March 13, schools and colleges across the country closed their doors. They remain shut until after the summer holidays, yet many adapted impressively to the new conditions. While the roles of parents, students and teachers may have shifted for a period, it is anticipated that normal service will resume in September.

Unfortunately, the school closures also impacted on the Tackle Your Feelings Schools programme which was due to commence in the spring. Aimed at Transition Year students, the pilot initiative is the first of its kind to be introduced into schools by any organisation. A classroom-based course, students are introduced to a range of resources and tasks designed to help them develop their understanding of mental health and wellbeing, with players from around the country sharing their own tips and advice.

After several months developing the syllabus, the Tackle Your Feelings team enlisted the help of 16 schools across Ireland before Covid-19 intervened. With plans afoot to regularly link in with a designated champion in each school, the hope was that by 2021 the programme could be rolled out nationwide. It was therefore to our great delight when Bríd Dunne, Chaplain at Portumna Community School, informed us that her students would be advancing with the programme.

“I’m here to promote the social, emotional, moral and spiritual wellbeing of students no matter where I am,” Ms Bríd Dunne tells us over a call to review the syllabus. “It’s being integrated into the junior cycle so I’m happy to say that ‘wellbeing’ is more within the vernacular of the classroom these days, but it was the heart of the Chaplain’s role well before it was rolled out with JC reform.

“I’m always looking at initiatives that are contemporary, that can reach students and support them in their development as human beings. Being Chaplain is a faith-based role but ultimately it’s about the care of the child in front of you and the pastoral care of the school community. We were always aware it was a pilot programme and we have fed back on different things to the team, but overall Tackle Your Feelings absolutely supported and developed our aims.”

Speaking as she brings an extraordinary year to a close, Ms B  Dunne outlines how she was cognisant of the peculiar circumstances enveloping her students from the outset of the shutdown. Having encountered Tackle Your Feelings some time ago, she was intrigued when the schools version of the initiative was released and duly sought it out. Looking back, it was a timely move.

“Given the international crisis, never before did it seem so important to continue. There wasn’t a question mark. It made us more determined to carry it out if anything. I wanted to make sure we were doing something to support young people who may have a lot more free-time or overthinking time, and tried to focus that energy in a positive direction so that they understand their feelings and themselves both for now and into the future.

“Anxieties may have been more heightened for Leaving Cert students, but it was intense for everyone. Through Tackle Your Feelings we wanted to set their expectations of themselves and of their families, especially in circumstances where they’re not used to spending so much time together. Usually they’ll be with their teacher most of the day!”

Indeed, Ms B Dunne describes the student-teacher relationship as being one of the cornerstones of a young person’s development. Although she repeatedly stresses that the autonomy of the teacher should never be compromised, her hand was forced as no return seemed likely. Keen to guide them through the app, Ms B Dunne adapted the class and brought TYF into her students’ homes twice weekly with Microsoft Teams.

“The biggest conflict for me was actually that the students live digitally these days. Two-year-olds know the passwords to their parents iPhones, while those a little older consume everything from TikTik to Instagram! There’s an idealism attached to those social media platforms and it can be difficult to understand that it’s a narration, not life itself.

“Every app has its use and they are great in their own right. Many people would say that apps made their lockdown experience much easier. However, I also believe that if you’re consuming digitally all the time it can affect your ability to live in the real world. I was relieved when, although digitally based, TYF was rooted in normality and in real time. Learnings came through the student’s own lived experience.

“As it happened, everyone was having to engage digitally anyway. Obviously, it then becomes a competition for their attention, yet when we asked them for their thoughts it was comforting to know how much they appreciated TYF and how it had helped them in getting through a difficult few weeks.

“They’re genuine kids. They’re the kind who’ll tell you if they didn’t get anything out of it, so I do think it had a positive impact. A few didn’t complete it – some had farming to do, others had little brothers and sisters to look after, but in general nobody said it was a waste of time. In fact a few of them said the timing couldn’t have been better!”

In a recent study carried out by TYF consultant psychologist Dr Jennifer McMahon, it was found that young people will look to their heroes to help regulate their emotions and to model the type of behaviour they aspire to. In the context of Covid-19, Dr McMahon believed that seeing rugby players taking their wellbeing seriously translated into young people taking it seriously for themselves. Ms B Dunne agrees.

“Seeing people at the top of their sport discuss their wellbeing was a key point of difference, especially in the current climate. In particular, I found that it helped to address wellbeing issues with the lads because it was based in a sporting narrative. Whether it’s GAA or rugby, most lessons are about the team and it may be difficult to open up as an individual. TYF offered students the chance to continue in the ethos of sport, although the fixtures were cancelled.

“The fact that Tackle Your Feelings was couched and supported by a rugby cohort made it cooler and more accessible. Ultimately, you’re competing for a young person’s attention. If they have to decide between a wellbeing app or TikTok you know what they’ll choose, but TYF can give food for thought. A little bit more work and it can really make a real difference.”

Some learnings for us all!