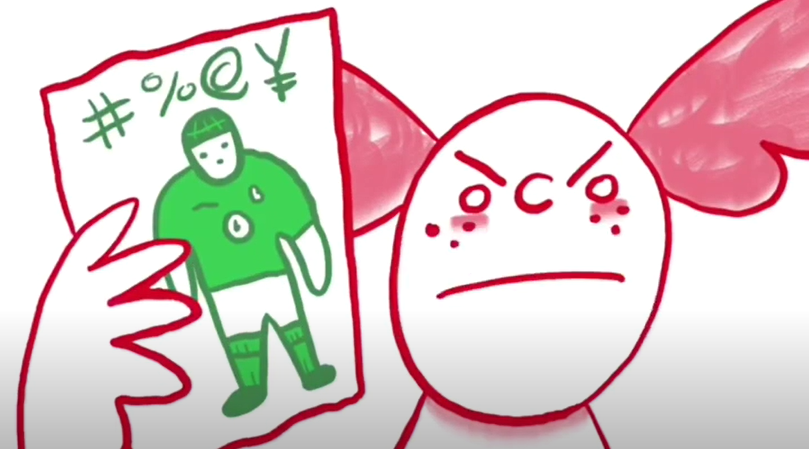 Rugby Players Ireland and the Z Zurich Foundation have released a new Tackle Your Feelings animation encouraging people to ‘be kind’ online during the final stages of the Guinness Six Nations. The animated video is the first in a series of three that will roll out over the coming weeks, and focuses on toxic abuse relating to player performance, with the video’s content voiced by children, reverse role-modelling. Two more animations will follow as part of the campaign to tackle trolling, highlighting racism and sexism on social media. All three animations were created using real tweets that have been directed at Irish rugby players.

The video launched today features three children in a playground setting discussing a recent performance from the Irish rugby team and giving their negative opinions on the players. The conversation is populated by tweets targeted at players, but instead of trolls we hear the voices of children abusing rugby players. The video poses the question to anyone who has posted harmful comments, whether they would be happy with a child speaking about the players in the playground as they do online?

At a time when fans are desperate to return to stadiums, many have decided to turn to social media to enhance their matchday experience and feel a sense of community. Unfortunately, some profiles have taken this too far by directing toxic abuse towards players, coaches and media personalities during the first three rounds of this year’s tournament. Tackle Your Feelings encourages rugby fans to ‘be kind’ when commenting online and to report any examples of trolling that they see on social media. Indeed, for the final two rounds of the Guinness Six Nations, Tackle Your Feelings will be tackling online trolling, focusing in particular on toxic tweets in which rugby players are tagged.

Speaking at the launch of the video, Rugby Players Ireland, CEO, Simon Keogh said: “Whilst social media can be a very positive force, as we have seen particularly during the Lockdowns, Irish rugby players have been tagged in some toxic abuse on social media and through DMs. By showcasing some of the content that has been directed at players, this series of animated videos is an important step in highlighting online trolling and the impact of such behaviours. With the Tackle Your Feelings campaign, we are aiming to tackle the mental impact trolling can have on individuals whilst also urging people to be kind online. I would encourage everyone to visit www.tackleyourfeelings.com to find out more about overcoming the impact it has on mental wellbeing.”

Tackle Your Feelings was launched by Rugby Players Ireland and Zurich in 2016 and is funded by the Z Zurich Foundation and encourages people to ‘Take Control’ of their mental wellbeing using principles from both sport and positive psychology. Research commissioned by Zurich & Rugby Players Ireland and conducted by iReach across the island of Ireland, prior to the Covid-19 pandemic, revealed one in every ten adults have been victims of online bullying. For more information on Tackle Your Feelings follow the Instagram account @tyf or visit the website www.tackleyourfeelings.com which will share motivational stories along with positive mental wellbeing tips and exercises.